ABNER MARES DESCRIBES FEELING OF BEING BACK ON TOP; INSISTS HE'LL BE SMART BOXER FROM NOW ON 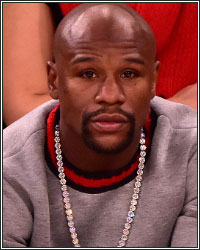 "Man, I don't fight in California. What did he get a license in California for," stated promoter Floyd Mayweather when asked if he had heard that UFC star Conor McGregor obtained a boxing license in the state of California. Mayweather, who is currently in attendance at the World Boxing Council's 54th annual convention in Hollywood, Florida, shared his thoughts on McGregor's latest move during a recent conversation with FightHype.com.