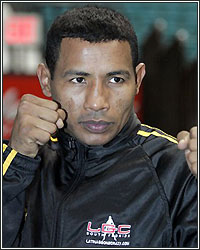 Sources have confirmed to FightHype that former welterweight and jr. middleweight world champion Ricardo Mayorga will face former jr. middleweight champion Kassim Ouma some time in February. While an official date, venue, and network have yet to be determined, the fight is expected to take place, possibly at a catchweight.

Both fighters were last seen in the ring in 2011. Mayorga was knocked out by Miguel Cotto in his last outing in Las Vegas, while Ouma suffered the same fate at the hands of current middleweight titlist Gennady Golovkin in Panama. Both men will be looking to make a return to the ring in hopes of making one last world championship run.