OBSERVE AND FIGHT: BOXING CHRISTMAS LIST HEADING IN TO 2013 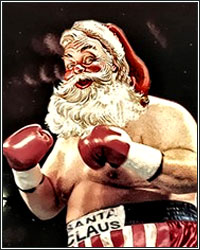 It's Monday. Welcome back for another edition of Observe and Fight, The Boxing Observer's compilation of observations and random thoughts from the week that was in boxing.  It's Christmas Eve and I've got a few requests for jolly ole St. Nick.  Hopefully, when I wake up Christmas morning, Santa Claus will grant me all my wishes for 2013 in boxing. Without further ado, check out the latest observations from The Boxing Observer, David Kassel.

During this holiday season, I have a few wishes for Santa Claus.  2013 could be a great year in boxing if all my wishes come true.  Let's see if Kris Kringle can make it happen.