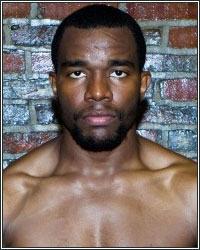 “He chose not to fight me. He’s going an easier route, so boom, we went with this kid, Sullivan Barrera. At the end of the day, Alvarez knew what was going to happen to him and that’s why he pulled out...This is like a crash dummy, a test, a lab rat. That’s just what he is. This is a lab rat fight. They not going to give me the credit because of what I just explained to you,” stated former super middleweight title contender Jesse Hart, who talked about the change of opponent to Sullivan Barrera for his light heavyweight debut. You don't want to miss what else he had to say. Check it out!

PC: Eleider Alvarez was supposed to be the opponent. He pulled out. Update us on what’s going on, my man.

JH: Alvarez pulled out with no doctor’s notes or nothing. He just vanished. I didn’t understand that. People always say Jesse Hart is not this and he’s not that, but why he ain’t take the fight. The fight was right there. If I’m so much of a non-threat, and let’s note, I’m coming up in weight. I have never fought at light heavyweight in my career. I was moving up to fight the top guys. Note that too. Let’s not say I was trying to pick and choose. I called Alvarez. He didn’t choose me. I called for him. He chose not to fight me. He’s going an easier route, so boom, we went with this kid, Sullivan Barrera. At the end of the day, Alvarez knew what was going to happen to him and that’s why he pulled out. I can commend him for sense of smarts, and everyone should acknowledge him for his smarts, because if I was him at 35-36 years old, I wouldn’t have fought Jesse Hart, a young fresh kid. I wouldn’t have did it.

PC: I know you were preparing for Alvarez. Is it disappointing to not be fighting him, or since they got a replacement, you’re good?

JH: Absolutely it’s disappointing when you look at who I was preparing for, and I was up because I knew this was my moment. I knew that it was going to be a special moment in forming my own legacy. Like I told you before, Perc, it’s like a Bernard Hopkins when he fought and lost to Jermain Taylor twice and moved up and beat Antonio Tarver, the top light heavyweight in the world. That was going to be my defining moment and unfortunately it didn’t happen that way and that’s why it’s a disappointment. It’s not about where the fight at or none of that; it’s about who you fight at 175 and that fell through.

PC: How do you view Barrera at this stage of his career?

JH: He is a basic guy now. I was watching a tape of him earlier and he was throwing 16 punches a round and shit like that. He is super slow. He’s been in too many wars. I feel as though they are not going to give me the credit I deserve when I knock him out. They not going to give me the credit I deserve when I beat him as opposed to Alvarez. It was a landslide for Barrera when he fought Ward. Ward was in two tough fights against Kovalev and for Alvarez to knock him out, in the minds of people, that was a statement. With Ward, it was close with him that first time. The second time, he stopped him, but it was a close call. Alvarez wiped him out and you can’t overlook that. When you take that into consideration and give Eleider Alvarez his proper credit for doing such an amazing thing, if I beat him, where would that put me? Where does that put me on the board? I wasn’t getting somebody when they said he was over the hill. He lost his last one, but he was 1-1 with Kovalev and his win was more impressive than Kovalev’s because he closed the door. He stopped him. With Sullivan Barrera, what they gonna say; Barrera is old, he only throws 16 punches a round, Bivol destroyed him, Ward whitewashed him, every time he fight, he gets dropped. The kid Top Rank just signed dropped him, Felix Valera. Joe Smith dropped him. Dmitry Bivol put him down and then finished him. Ward gave him a clinic. That shit takes miles off of your career. You know they not going to give me the credit. I wish he come to me the way he fought one of them guys. You’re only as good as your last fight and his last 2 fights, he’s been averaging 16 punches a round.

PC: Given all you just said, do you think he’s the perfect opponent to test your power at 175?

JH: Facts! That’s what I can say. This is like a crash dummy, a test, a lab rat. That’s just what he is. This is a lab rat fight. They not going to give me the credit because of what I just explained to you. Even though he’s going to be the bigger guy. Even though this is my first fight at 175.

PC: This fight started on Twitter and I guess it manifested into contracts.

JH: This is nothing against the powers that be, but I had to call him out on Twitter. I called him out on the internet so he could fight me. He didn’t want to fight me. He said he needed more time at first. Then when you disrespect and discredit him on Twitter, that’s when he came out of the woodworks wanting to know why the fight not happening. Now you’re going to have to step up to the plate, even if you don’t want to. Even if you don’t want to fight me, you have to because your name and your credibility is out there now. I challenged his manhood and everything that he stood for. He says, “I’ll fight anybody. I ain’t never ducked nobody.” I remember there were times he was bashing Andre Ward, a guy that doesn’t talk in the media or say nothing. I remember when he was on social media bashing Ward. See, behind closed doors, a guy can get away with ducking a guy. They feel like nobody on the internet is going to see it. I opened that door and exposed it. Nah, I’m gonna bring you out of the dark. You’re scared of me. Fight me!

PC: I saw he said something like, “Don’t ask for a million dollars.”

JH: Come on, bro. I been signed my contract. Stop with the bullshit. I ain’t ask for no astronomical numbers. I been signed to fight Eleider Alvarez. My contract been signed to fight him. People don’t understand, I got facts in my phone. I got text messages saying that Sullivan Barrera didn’t want the fight. He said he needed more time. It’s facts. I don’t have to lie. This is my light heavyweight debut. People say I shouldn’t have gone on the internet, but the only way to bring these guys out is to start questioning them publicly. Since I exposed it, he had to come out and do something, so he took the fight. That’s what happened. I really feel what I say. What I tell you, Perc, don’t just be talk. I don’t talk just to talk. I really be feeling that. It’s who I am. I gave a more humble approach for the second fight with Ramirez, but that wasn’t me. Crystina Poncher with Top Rank said, “Why are you being so calm and nice?” That’s not who I am. I was doing that for the people because I felt that’s who they wanted. Nah man, I’m gonna fuck Barrera up and then Alvarez is going to get fucked up if he still think that he can fight me. I’m coming for these guys. I want the top guys at light heavyweight. Don’t start me off with no Tommy Karpency. Nah, throw me right in the fire with the dangerous guys. Don’t put me in the skillet and not turn the heat up. Nah, put me in that motherfucker and turn that heat up to 100 degrees.

PC: As always, I appreciate the time. Best of luck with the new opponent and we will talk soon. Is there anything else you want to add?

JH: Tune-in June 15th, ESPN+, Jesse Hart versus Sullivan Barrera. You’re not going to want to miss this fight. I’m going to make a statement. I’m going to get this guy out and put the nail in the coffin and end his career. His career will be ended after June 15th. This is a career-ending fight for him. I hope Top Rank gives him some money. I don’t know what his purse is, but what I’m saying to you is I hope they gave him some good money because this is his retirement fight.