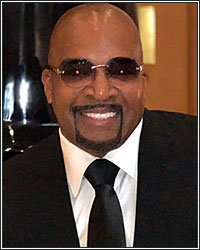 "On July 20, Caleb Plant will have a huge platform in FOX to showcase his talent. He has an incredible backstory that needs to be told to the world. There's so many people that are rooting for him and I think this fight has a chance to do something really special," stated Mayweather Promotions CEO Leonard Ellerbe, who shared his thoughts on the intriguing matchup between undefeated IBF super middleweight champion Caleb Plant and contender Mike Lee. According to Ellerbe, the July 20 PBC on FOX headliner will be Plant's coming out party.

"This is a great opportunity for Caleb. It's just the start of him being a big-time star in the sport because he has all the ingredient: he's a nice looking guy, he's very well spoken, he's the only Caucasian American champion in the sport, he's got crazy swag, and he can fight his ass off. Caleb's coming into this fight and, in his exact words, he's knocking Mike Lee the fuck out, so I expect his fight to do ridiculous ratings," Ellerbe explained during a recent conversation with FightHype.com. "I'm really excited about this fight because it will be a huge night on FOX and then we'll move right into the huge pay-per-view event between Manny [Pacquiao] and [Keith] Thurman. Both guys are itching to get at each other; there was lots of trash-talking between those two and I think this will carry over into the fight because these two truly don't like each other."