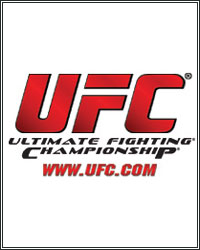 Sack in Quarantine, Week 9. I'm not gonna lie to you, this week the sack isn't exactly bulging. Other than the usual hate mail and a couple of piece of "fan" mail, we don't have a whole lot. But there's never "nothing" and I'll never be so dry that I can't mister a money shot of wisdom into the eyes and ear-holes of boxing's bad guys. This week, we have comments/questions regarding the comeback of the UFC, Amir Khan, and more.

Unfair to the UFC?

I saw where you were mega-dissing the UFC for their comeback show this past Saturday. I think you were way unfair in your criticism. From what I hear, they tested fighters and other participants exhaustively and disinfected meticulously. What else could you expect of them? You only focused on the contractual matters, which don't matter one bit to fans or to those looking to reopen the sports world. I don't get your anger towards them. I think they provided a clear and efficient blueprint to how boxing can also come back and I applaud their courage in being the first ones to try.

For those who didn't read my article on the issue, "Rushing into the Abyss: The UFC's Cynical Comeback Push," here's an excerpt that kind of sums everything up. Look up the article here at Fight Hype for all the specifics:

"in essence, the UFC had their fighters sign away their expectation of safety, agree to cover their own medical costs related to the promotion's failure to keep them safe, and then also have them legally bound to silence over any health/safety concerns they may have. Any reasonable athletic commission should have volumes to say about forcing fighters into silence over health and safety concerns."

Those contractual details may not matter to fans, but they have everything to do with whether sports can have a smooth comeback and not be bogged down with ugly stops and starts stemming from legal issues.

The testing and the disinfecting are "for show." They are the cosmetic niceties that make the public (and dim-witted media) say, "Yeah, they did this right!" They're necessary activities, don't get me wrong, but it should be taken for granted that anyone opening up SHOULD be doing those things.

What's really important to the reopening efforts is how the fighters are treated and the resources/recourses they're given to protect themselves. The UFC failed in those areas.

Dana White and company got away with running roughshod over basic fighter rights because they pretty much have a monopoly on the MMA business in America. They also keep most of their fighters cash-hungry enough so they can't afford to turn down a payday, especially in these uncertain times. The Florida athletic commission deserves a flogging, by the way, for allowing such a contract to be forced on to these fighters.

The "blueprint" provided by White and the UFC can't be followed by boxing (or any other sport, for that matter) because, frankly, it just wouldn't be allowed. No player's union is going to sign off on a "you're on your own and you better not talk about any of this" contract and boxing, for all its shadiness and regulatory chaos, couldn't force this type of deal down the throats of its stars, either.

What the UFC did has a great chance of coming back to bite them on the ass-- maybe not right now, but eventually. And a big, high-profile fail at this stage of sports' reopening could set back the cause substantially, scaring off other sports executives trying to formulate their own comeback plans.

A Vote of Support

I read your articles for the most part, and I agree with you, as well as disagree with you. However, this article (Notes from the Boxing Underground: BS, Boxing, and You) is very well said. Bravo Zulu on a job well done!

Thanks, Will. I appreciate the support.

There shouldn't be any controversy about that piece. Boxing fans, more so than any other sport consumers, need to be more discerning and demanding. We need to be willing to walk away or we're just never going to get the product we want and deserve. Boxing's bossmen have, literally, sold the sport for scrap right underneath our noses and, then, have the nerve to keep up the cons and hustles by peddling intentionally inferior product. These people think boxing fans are stupid and they do NOT have the sport's long-term best interest in mind. They're there for the short-term payoff and couldn't care less about boxing, fans, or the future-- and they exploit our loyalty at every opportunity to get what they want. This isn't true of absolutely everyone, but it would probably be wise for us to assume it refers to everyone so we can start defending ourselves from the disrespect and start fighting back.

Paul. Do you fancy that our mercurial Amir Khan has one more world title reign in him? The kid's still got the gifts and the goods. He just needs some focus to go along with the gifts.

You're really going to ask me about Amir Khan and his chances of going legit? Really? I put Khan into the same stained, foul-smelling box where Adrien Broner, Julio Chavez Jr., and Victor Ortiz are stored.

Khan never really put it all together and has always been less than the sum of his parts. He's had flashes of living up to his full potential, but he just could never maintain his focus. At this point, even though he's only 33, he's a lost cause. He only exists in the boxing world to drift around looking for random paydays, cashing in his name value to pad his bank account when funds are running low. He's not about sustaining a viable career anymore and he hasn't been since 2012/2013. There's zero chance of him "going legit."