NOTES FROM THE BOXING UNDERGROUND: BOXING'S DOING BETTER THAN YOU THINK 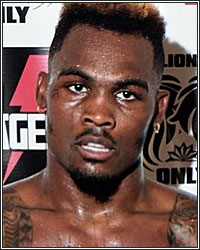 We know boxing’s problems right now. The business model sucks. Top talents are being divvied up and hidden behind exclusivity deals with networks and streaming services. Endless paywalls are being erected to bilk the sport’s most loyal fans. Promoters are doing a piss-poor job of growing the sport and reaching new fans. Many fighters are growing increasingly jaded, content with grasping at low-hanging fruit at the exclusion of true challenges. Add to that the impact of Covid-19, which entirely halted things for a good chunk of 2020 and is still impacting the sport.

But, what if I told you that, at least in a best-fighting-best competitive sense, we’re doing a hell of a lot better than at any point in recent memory? Hear me out.

By this time next year (or sooner), there’s a very good chance that boxing will have four unified, undisputed, 4-belt world champions and an outside shot at having two more.

It’s also within the realm of possibility that at lightweight, where Teofimo Lopez holds three of the four belts, there could maybe, possibly be some way to get him matched against WBC titlist Devin Haney for a true unification. There’s even a path to a possible 4-belt unification at junior featherweight where 2-belt champ Murodjon Akhmadaliev could be matched against the winner of September’s Stephen Fulton-Brandon Figueroa WBO and WBC title unification.

At the moment, there are partially unified world champs at light heavyweight, welterweight, lightweight, junior featherweight, bantamweight, and junior bantamweight.

I haven’t done the math and WON’T be doing it, but, by the end of this year, there may be fewer world titlist than at any time in a good, long while-- even with the sanctioning bodies churning out a steady stream of regular champs, diamond champs, silver champs, interim champs, etc.

This is good, right?

Not only that, but some of the divisions are absolutely top-heavy with talent and drawing more top-tier players to them.

Light heavyweight is not the deepest weight class, but it’s very strong with it’s top four of Artur Beterbiev, Dmitry Bivol, Joe Smith Jr., and Gilberto Ramirez. There’s also the feeling that big fight, cross-company clashes would be more doable in this division.

Welterweight seems to have mostly exhausted its possibilities, but there’s still the upcoming Pacquiao-Spence clash and the growing presence of Jaron Ennis and Vergil Ortiz Jr.

Media and fans are hyper focused on Errol Spence-Terence Crawford not getting made and on the difficulties in putting together a Fury-Anthony Joshua unification (which will eventually happen, unless something crazy pops up). There are also snags in getting some other big fights made. But there’s a lot more good happening than bad-- despite all of the built-in obstacles boxing faces in putting together the best possible bouts.

If you don’t see any of this and aren’t energized by the good that is somehow finding a way to happen, that’s probably because the sport’s promoters and bossmen are doing a shitty job of making you care about their product.

Listen, I’m the last one in this universe to rail on anyone for being pessimistic or jaded. Hell, I’m probably making a living doing what I do BECAUSE I’ve been such a negative, monkey cage-poking asshole. But you have to acknowledge the positive as well as the negative. You have to be open in seeing what’s good and willing to build on it. Otherwise, you’re just breaking things down to break them down.

What’s true, though, is that those at the top of the boxing business food chain-- the promoters, managers, network execs, sanctioning bodies, and general money men-- don’t make it easy to embrace the positives. And if they’re not winning over the loyal, hardcore fans, there’s not a chance in hell that they’re winning over newcomers and the previously uninitiated.