NOTES FROM THE BOXING UNDERGROUND: HATERS 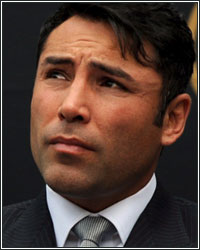 There’s nothing as indicative of the fickle mindset of present tense boxing fans as the prevalence of “haters” and “hating.”

Everyone who follows the sport is familiar with the term “hater.” In the current fight scene, the term is as much a part of the game as any term actually related to the function of the sport.

The dictionary definition of “hater”-- one who hates or criticizes– absolutely doesn’t do the word justice in the boxing sense. The boxing definition is more along the lines of: “Hater: One with an irrational and permanent hatred of a certain fighter or stable of fighters for wholly personal reasons; One whose hatred goes untempered and is incurable under any and all circumstances.”

The sport of boxing is sick with haters, to the point of it actually being a factor in its inability to be run and promoted properly.

“Hating” in sports has been around, to some extent, since sports have existed. Team sports have rivalries built on the hatred of rival franchises. Individual sports have always had the “bad boys” fans love to hate. Boxing, of course, has always been abundant in bad boys and villains who fans rush to boo and jeer.

But the modern day boxing scene takes “hating” to new levels. A quick glance through the online Universo Pugilistico gives the impression that almost all of boxing fandom is actually made up of haters or, at the very least, that being a hater is very much encouraged.

Then there are those who hate on fighters working under a certain promotional banner, who are advised by a specific person, or are fighting on a certain network.

And all of these haters jump on social media and in article comment sections to do battle all day, every day, defending “their” guys and forever hating on the “other” guys who, because of the battle lines drawn, are forever their enemies.

This extreme hating makes for some strangely illogical and counterproductive stances, too.

The first fighter I personally saw get this kind of extreme hating was Oscar De La Hoya, who didn’t look the part of a grizzled, battle-hardened pug. He smiled too easily, looked too pretty, and his rise to the top was too glitzy, too orchestrated. But, as a fighter, De La Hoya ticked off all the boxes when it came to being a “real” fighter. The hate was all based on image and most of the haters never got over it.

Floyd Mayweather was the next prime hate magnet, for pretty much the same reasons De La Hoya was targeted. But unlike Oscar, who was forever trying to prove himself “real,” Mayweather stoked the flames of that hatred and built himself into the biggest financial success in boxing history.

At the moment, although Saul “Canelo” Alvarez is the biggest target for haters, there’s more than enough hatred to go around. Much of it is illogical, almost all of it is hypocritical. And 100% of it is detrimental to the sport.

You see, there’s a difference between being critical, rebuking inferior product and what’s become known as “hating.”

EVERY fan should be doing the former, all the time, while showing no favoritism. Shitty product is shitty product. Period. And, on the flip side, good shit deserves to be lauded and applauded.

However, when fans become “haters,” they’re just sabotaging their own best interests. Because, much like in politics, if you can get people pointing at “the other side,” you absolve blame from yourself. And that frees you up to be as shitty as you need to be.

Here’s hoping that 2022 brings some perspective and insight into boxing fans’ lives. If we all stick together as discerning fans who truly care about getting the best fights made, the boxing establishment HAS to deliver. We can have the sport we want, almost immediately-- it’s just a matter of not being pissy little assholes online, holding catty grudges against fighters for no good reason while hanging tightly on the jocks of those who are playing us for suckers.