AGE WILL NOT BE A FACTOR IN THIRD CANELO-GOLOVKIN FIGHT 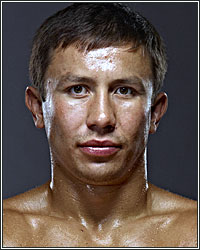 But when it comes to the 40-year-old Gennadiy “GGG” Golovkin in his upcoming third shot at Saul “Canelo” Alvarez, age, pretty much, IS just a number.

I’m not saying that there isn’t a small decline in speed, recovery, and reaction time in a post-prime Triple G. People age. What I am saying, though, is that age will not be the overwhelming be-all, end-all determining factor being played up by fans and media. Golovkin being five months past his 40th birthday won’t matter all that much in the ring this Saturday at T-Mobile Arena in Las Vegas.

First of all, this isn’t 1965. High-end boxers routinely compete at an elite-level well until their late 30s and early 40s these days.

Golovkin, especially, fits the profile of a fighter who can (and does) compete at a high-level past his optimal physical prime. He’s definitely no Israel Vazquez-type, physically broken and mentally battered after countless wars.

The Kazakh breezed through his prime years against tailor-made opposition, barely breaking a sweat and rarely going past 7 or 8 rounds. As a matter of fact, from 2011 to 2016 (his physical prime as a main stage fighter), he averaged just under 5 rounds per fight and sustained pretty much zero real damage in any of his showcase squashes. From 2017 forward, he’s gone more rounds, but has fought less frequently. He’s also sustained minimal damage in those fights. Actually, it could be said that the only real, traditional boxing war he’s ever been in, over the course of 16 years as a pro, was against Sergey Derevyanchenko back in 2019.

The grind of war has not worn down Triple G. The grind of training, though, could be a legitimate aging factor. The training needed for 44 professional fights and 350 amateur fights will age a man, it will sap some of his life force. But it’s not like Canelo has been sitting on the beach, chugging Coronas under a parasol while Golovkin has been doing roadwork and sparring. The Mexican has 61 pro fights, a short amateur career of his own, and a much busier schedule than Golovkin in recent years.

A factor working in an older Golovkin’s favor (which has been sold as a disadvantage in some circles) is the move up in weight to 168 lbs. from his career-long 160 lb. comfort zone. Historically, older fighters moving up in weight have benefited from the move. Less work needed to shrink down to fighting weight usually means less energy exerted in camp and, in turn, more juice left for fight night.

An older fighter, not too far past his prime and still with his “mojo” (and Golovkin still has it), will also be a smarter fighter, better able to pace himself and, generally, fight smarter, more efficiently.

The picture being painted by some is that of devious Canelo picking on a doddering, old Triple G. If it was, indeed, Team Canelo’s plan to wait until Golovkin got hopelessly old in order to make this third fight, then, they picked the wrong time to do it.

Golovkin is not a physically diminished fighter to any real extent. Diminished returns in recent fights have been the product of complacency and comfort (from a cushy 6-fight DAZN deal) much more than physical decline.

The Kazakh KO artist can still fight at the highest of levels when and if the occasion calls for it...and this occasion DOES call for it. The question will be whether he can summon the fire after it’s been doused by comfort and entitelment for so long. THAT is the big question in Saturday’s contest, not age.