FROM PILLAR TO POST: SAYONARA SHANE! TOP RANK PASSES ON OPTION FOR MOSLEY'S NEXT FIGHT 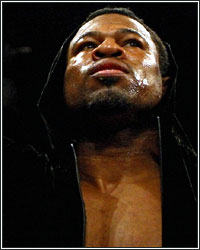 When Shane Mosley stepped through the ropes to face Manny Pacquiao last May, very few people were giving him a chance to win the fight. In fact, after losing a lopsided  unaninmous decision to Floyd Mayweather and struggling to a draw against Sergio Mora, there were some who thought the idea of Mosley being remotely competitive would have far exceeded expectations. Well, we all know how Pacquiao-Mosley turned out, and when it ended, the last thing people wanted to see was Shane Mosley in the ring again. Apparently, Top Rank shared the opinion as they decided not to pick up the option on Mosley's next fight.

After Mosley was dropped in the 3rd round by Pacquiao, he was content to stay on his bicycle and put forth a non-effort. Despite complaining of a foot blister, Mosley chalked the loss up to a what-do-you-expect excuse, noting that he was, after all, fighting the best fighter on the planet in Pacquiao. Fair enough. Losing a fight is one thing, but not showing up is another, and when you have a fighter who has only gotten progressively worse in the past two years, as Mosley has, and considering his high financial demands, it was only expected that Top Rank would see the future Hall of Famer off.

Mosley is, more than likely, going to retire. Let's face it, he's reliant on reflexes and hand-speed, which has all but left him. Furthermore, the notion of him attempting to quit the fight in the 10th round also means his warrior spirit is gone as well. Putting Mosley in the ring would almost certainly guarantee a large sum of money up front and he may end up just mailing it in once he steps in the ring and he hears the check cleared. It's truly a shame as I have always been a Mosley fan but when everyone around you is saying it's time to go, then maybe it's time to go.

Stop the presses! Sergio Martinez  has found an opponent for his October 1st date, but from the looks of it, Martinez may be fighting off TV should HBO not approve of European champion Darren Barker. Martinez was shooting for the stars when he hoped that Miguel Cotto or Julio Cesar Chavez Jr. would step up, but Bob Arum doesn't even want Marco Antonio Rubio to fight Martinez. Tough luck.

What is quietly becoming they year of Golden Boy Promotions, Marcos Maidana and Robert Guerrero are this close to finalizing their fight for August. Guerrero-Maidana is an excellent fight and should really determine if there is more to Maidana than hellacious punching power and if Guerrero is ready for the elite fighters of the 140-pound division.

I have an idea for a fight at Junior Welterweight: Kendall Holt vs. Bredis Prescott. Bomb's away!

Top Rank's preference of Peter Manfredo for Chavez Jr's first title defense in the fall is indicating that they think Marco Antonio Rubio is too much for the recently crowned champion, but guess what? I think Manfredo can beat Chavez and win the Middleweight title.

Saul Alvarez vs. Ryan Rhodes
This fight may end up being one of those unexpected treasures when you consider Alvarez's poor head movement and the fact that Rhodes is a big puncher. Both men are going to trade in the middle of the ring. One has to wonder if Rhodes's experience can play a factor in the face of Canelo's power and youth. Expect Alvarez to win this one before the 10th.

Adrien Broner vs. Jason Litzau
Adrien Broner has taken a lot of heat for his awful fight against Daniel Ponce De Leon last March, but he's taking a step down in competition against Jason Litzau, a streaking journeyman at best. Try as he might, Litzau is not going to find another miracle come fight night. Expect Litzau to be outclassed by the faster and more technically adept Broner, who will win by decision. Let's just hope it's a better performance than his last so we won't be left wondering how he got back on HBO in the first place.

Potshot Picks is 13-2 year to date

Saul "Canelo" Alvarez has quickly become the darling of the boxing world with his explosive power, likable personality and potential for superstardom. As he heads into the first defense of his WBC Jr. Middleweight title against Ryan Rhodes this Saturday, no bout looms heavier over Alvarez than a possible showdown with fellow budding star Julio Cesar Chavez Jr. In lieu of both fighters' promoters undergoing a reconciliation, will these two have the chance to prove themselves in the ring? I sure thinks so and I'm looking forward to the day that it happen. Be sure to click the link below to check out what I had to say about the potental mega-fight in the making.