OBSERVE AND FIGHT: HOPKINS-DAWSON WORTH THE PPV AND PACQUIAO-MARQUEZ WORTH THE WAIT 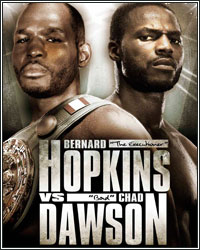 It's Monday. Welcome back for another edition of Observe and Fight, The Boxing Observer's compilation of observations and random thoughts from the week that was in boxing. Get caught up on some of the most recent events you may have missed out on, including a preview of Saturday night's light heavyweight title clash between Bernard Hopkins and Chad Dawson, the bad blood between Manny Pacquiao and Juan Manuel Marquez, Miguel Cotto's recent training camp changes, and much more. Without further ado, check out the latest observations from The Boxing Observer...