OBSERVE AND FIGHT: COTTO THE HERO AND MARGARITO THE VILLAIN 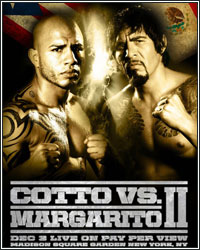 It's Monday. Welcome back for another edition of Observe and Fight, The Boxing Observer's compilation of observations and random thoughts from the week that was in boxing. Get caught up on some of the most recent events you may have missed out on, including the best 24/7 yet, Golden Boy Promotions latest power play, a potential Julio Cesar Chavez Jr vs. "Canelo" Alvarez fight, and much more. Without further ado, check out the latest observations from The Boxing Observer.