OBSERVE AND FIGHT: WOULD SERGIO MARTINEZ REALLY HAVE TO "KILL HIMSELF" TO MAKE 150 POUNDS? 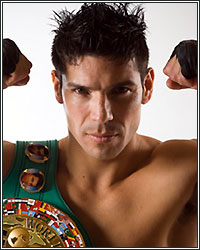 It's Monday. Welcome back for another edition of Observe and Fight, The Boxing Observer's compilation of observations and random thoughts from the week that was in boxing. Get caught up on some of the most recent events you may have missed out on including Sergio Martinez's latest triumph, HBO's aging broadcast team, Top Rank's mastery of the marketing world, and much more. Without further ado, check out the latest observations from The Boxing Observer.

That's all I've got for this week. Email any questions or comments to dkassel@fighthype.com and I will answer them throughout the week. Your email may be featured in the next "Observe and Fight." Be sure to "Like" The Boxing Observer on Facebook, and follow me on Twitter @BoxingObserver.