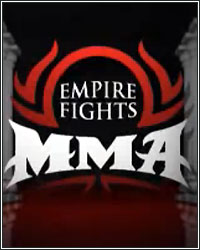 Harrah's Casino & Resort and Empire Fighting Championships announce "A Night of Reckoning II" at the Harrah's Event Center in Tunica, MS.  The Main Event between two of the most exciting and talented upcoming Welterweight fighters in world: Charlie Rader (10-3) vs. Jake Hecht (5-1).  In addition, Empire Fighting Championships will bring 10 more stacked MMA bouts to Tunica to battle it out in the 30 ft. steel cage. "This is one of the most talented Fight Cards from top to bottom in the country," said Tyler Sory, promoter. "David Ferguson our matchmaker has done an exceptional job putting this card together."

The Empire Fighting Championship's Welterweight title belt will be on the line in the Main Event of the evening.  "The Superstar" Charlie Rader from New Orleans, LA brings a 10-3 record with 8 KO's and a lethal right hand to Harrah's Tunica.  Along with his striking prowess Rader has a strong background in wrestling and Brazilian Jiu-Jitsu.  Rader's opponent, Jake Hecht, is just as well rounded bringing a 5-1 record to this Championship bout.  Formerly an instructor at American Top Team in Columbus, MO, Hecht is now training full time with 9-time UFC Welterweight Champion Matt Hughes at The Hit Squad in Granite City, IL.  Hecht owns wins over two local Memphis fighters, Dave Brown (by unam. dec.) & Andy Uhrich (by submission).  Both Rader and Hecht are hungry for a victory and the custom-made EFC Welterweight title belt.

The Co-Main Event will feature two undefeated Heavyweights: Benji Baker (3-0) vs. Rocky Overstreet (3-0).  Baker, from Murray, KY, is a heavy-handed professional boxer with all of his professional MMA bouts lasting under 2 minutes.  The 6 ft. 8 in. Overstreet, from Auburn, AL, makes his return to the Empire cage after coming off a huge victory in October '09 at Harrah's Tunica over Tupelo, MS native Goldman Butler.

Headlining the undercard will be an international clash between two Lightweight warriors Ido "The Hebrew Hammer" Pariente (8-4) vs. Travis Adams (5-2).  Pariente, a Brazilian Jiu-Jitsu blackbelt from Tel Aviv, Israel, has been fighting professionally for over 10 years.  He has faced some of the world's toughest fighters such as Jake Shields in K-1 and Efrain Escudero during season 8 of The Ultimate Fighter on Spike TV.  Adams, from Jonesboro, AR, is one of the most feared fighters in the Mid-South region because of his strong wrestling background and relentless attacking style.

In the Welterweight division, KO King Jesse Beale (2-1) from Blytheville, AR will face TUF 7 contestant Jeremiah "Big Rig" Riggs (2-3) from Vicksburg, MS in what could be the most explosive fight of the evening.  All of Beale's 14 combined amateur and professional wins have come by way of KO. Riggs is well known for his time not only on the The Ultimate Fighter 7 show, but was also a contestant on the VH1 reality show "Daisy of Love".